Of Course, I Have a Retirement Plan! Powerball!! 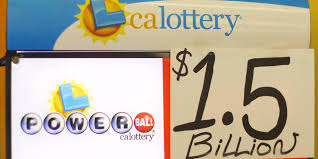 Powerball fever swept across America last week, with a record jackpot of $1.5 billion eventually being split by three winners in the January 13 drawing. Millions lined up for lottery tickets, hoping to realize their dreams of being rich, independent, and carefree.1,2

This infinitesimal chance at massive wealth was certainly alluring – to too many, more alluring than the practical steps that can be taken in pursuit of personal wealth and retirement security.

The passion for Powerball defied logic. It may have been a commentary on our wishful thinking, and on the lack of financial literacy in America as well.

As Creighton University professor Brad Klontz remarked to CNBC, “A lot of individuals who are not saving for their retirement are standing in line to buy a Powerball ticket. It’s a lot more seductive than instituting a savings plan.”1

On January 13, a Powerball ticket buyer had a 1-in-292-million chance to win the big prize. In comparison, the odds of someone being killed by a falling vending machine within the next 365 days are 1 in 112 million, and the odds of a person being struck by both lightning and a meteorite during their lifetime are 1 in 210 million.2

When the Powerball jackpot reached $1.3 billion last week, a widely circulated Internet meme claimed that the jackpot could end poverty, stating that every American would get $4.3 million if were divided equally among the population. This was passed along as truth rather than colossally bad math – it would only apply if there were 300 Americans. Since there are roughly 300 million Americans, divvying up the $1.3 billion across the entire U.S. population would give each of us $4.33, give or take a few cents – enough to buy a flavored latte.3

What if we simply saved $4.33 per day, or more? Our financial lives might take a turn for the better.

Usually, wealth is not a matter of fate or luck. We can all take practical steps toward financial freedom, and even if we do not end up rich, those steps may improve our personal finances and retirement prospects.

First, spend less than what you make. Two or three percent less, 5% less, 10% less – whatever the number, it must be calculated from a comparison of your monthly income versus your monthly budget. That comparison may take a half an hour, but it is time well spent. Size up the money coming into your household per month with the money going out of it per month, and set a percentage that you would like to save every month. In effect, you will be paying yourself X dollars a month – and paying yourself, rather than your creditors, is a fundamental move for financial independence.

Two, direct these savings into investment accounts as well as savings accounts. It is vital to build up savings so that you can have an emergency fund – a good, strong emergency fund amounts to several months’ worth of salary. Another portion of the money can go into retirement savings accounts, preferably to be invested in equities. Yes, 2016 has started poorly on Wall Street, but one bad month (or year) is not the historical norm for the market.

Three, cut down bad debts. There are some “good debts” in life – debts that we take on in pursuit of a worthy outcome, such as a home loan or an education loan. Bad debts outnumber them, and the average credit card statement will note many. Some financial professionals and consumer advocates will tell you to try and pay off the debt with the highest interest rate first, then the one with the next highest interest rate, and so on; others will tell you to eliminate the smallest debt first and work your way up to the largest. One way or the other, you want less debt and you want to pay off any credit card balances in full each month.

Four, chat with a financial professional to determine your money goals. When will you have enough savings to retire? When should you claim Social Security, and how long should you keep working? How much monthly income might you need when you are retired? Most people retire without any answers to these questions, only guesses. It is important to know not only what you are doing, but also where you are going – and through a long-run saving and investing strategy, you can set objectives and measure your progress toward them over time.

The fantasy of receiving great wealth with no effort inspires people to play the lottery and try other forms of gambling. The reality is that building wealth and saving for retirement take planning and commitment. While some may not want to acknowledge this reality, those who do may find themselves making financial strides as others struggle.